David Whitney (845) 702 - 4880
Master Wildlife Artist David Whitney
I have been creating wildlife artistry  for over 20 years. I  relocated to Sherman, CT in 2010 from Dutchess County, New York.  The outdoors has been my lifelong passion. I love sharing  that passion with my four children and friends.
I have been awarded the National Taxidermists Award of Excellence  for outstanding achievement in the art of taxidermy and creative, innovative competition artistry in the following categories: Reptiles, Large & Small Mammals and Game Heads. I have been certified by the National Taxidermy Association as a judge and have had the honor of awarding ribbons and awards at national and state level taxidermy competitions.
I am a member of the following taxidermy associations:
I have had the honor to receive the following awards:
* Over 20 Best of Categories.
* Multiple Blue Ribbons
* Two Breakthrough awards for the best entry in a competition.
* Polytranspar  Award  for the best reproduction painted with polytranspar paint in a
competition.
* Rayline  Award  for excellence in large mammals taxidermy.
* Three Noonkasters Boar  Awards for the best wild boar mount of the show., WASCO
Award - most artistic entry of the show.
* Four Best all Around Taxidermists.  in four categories : game head, bird, reptile,
life-size mammal.
* Best of show Awards of Excellence ( highest level of competition)
* Best of Show Masters Division.
* Second place Masters division for reptiles at the World Taxidermy Competition.
I have instructed  seminars on reptile and game head taxidermy at multiple taxidermy shows.  I am also an Official scorer for SCI and Record of Exotics. 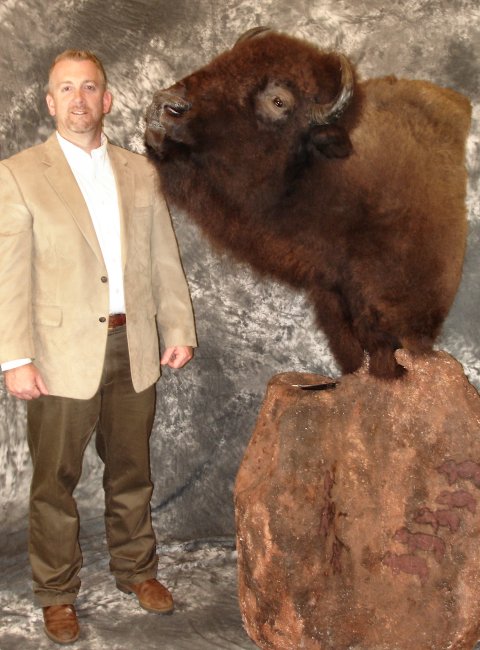